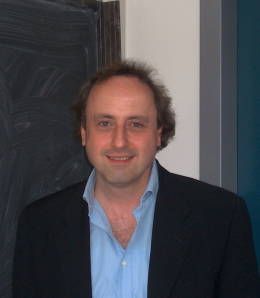 One of the most innovative biotechnologies of the last decade has recently been developed.  SINEUP allows scientists, for the first time, to target individual genes in cells to knockup, or increase, the amount of protein they make. The technique will improve Protein manufacture, analyse the function of genes and engineer improved cell function.
This novel technology is based on pioneering research in the lab of Dr Stefano Gustincich at SISSA in Trieste. The mechanism relies on the discovery of an entirely new function for RNA. Although most well known as a messenger RNA molecule made by genes for protein synthesis, most RNA is not actually made by genes. Once thought to be junk, important functions for non-coding RNA are increasingly being found.

Working with collaborators from RIKEN in Yokohama, Dr Gustincich's lab identified a non-coding RNA which specifically binds to messenger RNA (mRNA) from the target gene. It then acts as a chaperone, efficiently escorting the target mRNA to ribosomes, where proteins are made. The new technology has now been tested on a variety of different cells and across a range of genes. Large increases in protein levels, up to 10-fold, have been seen.

If you feel like reading an unputdownable novel while collaborating with a just and solidary cause, "The Legacy of Marie Schlau" is your book! 100% of all funds raised will be dedicated to medical research to find a cure for Friedreich's Ataxia, a neurodegenerative disease that affects mostly young people, shortening their life expectancy and confining them to a wheelchair.

The life of Marie Schlau, a German Jewish girl born in 1833 hides great unsolved mysteries: accidents, disappearances, enigmas, unknown diagnoses, disturbing murders, love, tenderness, greed, lies, death ... alternatively a different story unfolds every time and takes us closer to the present. Thus, there are two parallel stories unravelling, each in a different age and place, which surprisingly converge in a revelatory chapter.

Paperback and Kindle versions for "The legacy of Marie Schlau" available for sale at Amazon now!

Currently, BabelFAmily is financing two promising research projects aimed at finding a cure for Friedreich's Ataxia. Whenever you make a donation to us or purchase a copy of "The legacy of Marie Schlau", this is where all funds raised will be devoted to:

The project is the result of an initiative of Spanish people affected by this rare disease who are grouped in GENEFA in collaboration with the Spanish Federation of Ataxias and the BabelFAmily. The Friedreich’s Ataxia Research Alliance (FARA), one of the main patients’ associations in the United States now joins the endeavour.

https://www.irbbarcelona.org/en/news/new-research-front-to-tackle-friedreichs-ataxia
The associations of patients and families Babel Family and the Asociación Granadina de la Ataxia de Friedreich (ASOGAF) channel 80,000 euros of their donations (50% from each organisation) into a new 18-month project at the Institute for Research in Biomedicine (IRB Barcelona). The project specifically aims to complete a step necessary in order to move towards a future frataxin replacement therapy for the brain, where the reduction of this protein causes the most damage in patients with Friedreich’s Ataxia.

The study is headed by Ernest Giralt, head of the Peptides and Proteins Lab, who has many years of experience and is a recognised expert in peptide chemistry and new systems of through which to delivery drugs to the brain, such as peptide shuttles—molecules that have the capacity to carry the drug across the barrier that surrounds and protects the brain. Since the lab started its relation with these patients’ associations in 2013*, it has been developing another two projects into Friedrich’s Ataxia.